A Day In Victoria, BC: What To Do, See And Eat

Victoria, British Columbia has long been on my bucket list for travel destinations, so when we boarded the first ferry out from Tsawwassen terminal in Vancouver, Canada the excitement started to grow. Victoria is the island’s biggest city and capital of British Columbia. The city has everything from wildlife, fascinating history and culture, and delicious food. Add in a temperate climate, a compact and walkable city centre, and you’ve got a perfect city destination. With only 24 hours to pack in as much to do, see and eat as possible, we were excited that Josh’s Uncle Trent volunteered to be our local tour guide.

The ferry in itself was a magical experience – cruising through the ocean at speeds of 19.5 knots (about 22 mph), and seeing Orca whales jump along side us. I didn’t realize how huge the ferry was going to be inside. The Spirit of British Columbia ferry has multiple levels including a cafe, gift shops and so much more. It’s impressive structure can support up to 2100 passengers and crew members as well as 410 cars and 34 Semitrucks. That’s INSANE!!! The water down at the harbor is alive with boats – with everything from huge cruise ships and luxury yachts to water taxi’s and dinghies. Victorians seem to spend as much time in the water as they do on land! Fisherman’s Warf is truly a hidden treasure waiting to be found. Spend an hour walking along the boardwalk and admiring all the funky, colorful, eclectic floating homes mixed in with food stalls. If you’re lucky you might even get to see some sea lions pop their heads above the water’s surface to beg for food. You can buy some fish from the dock to feed them and watch them swim in delight under the water. 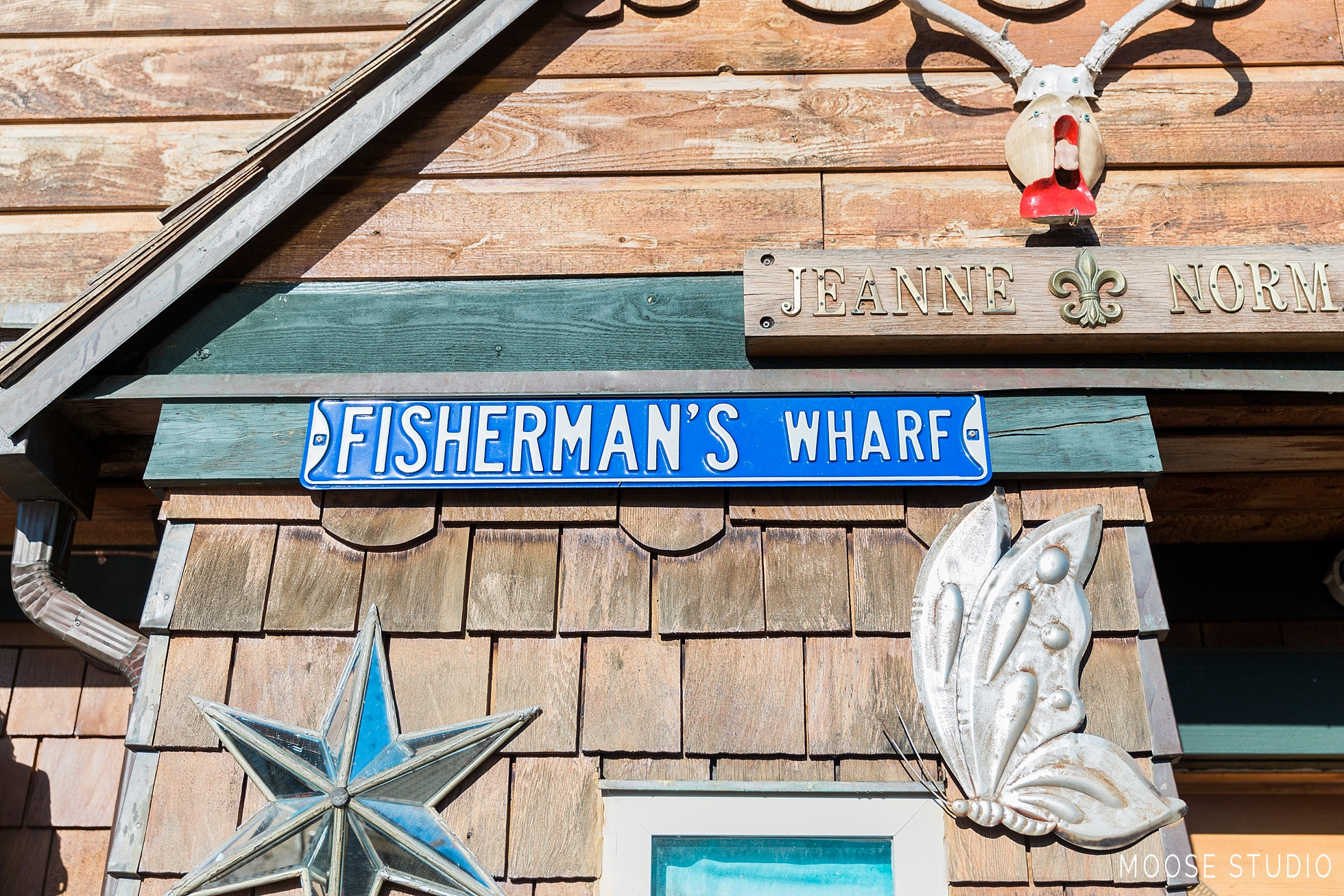 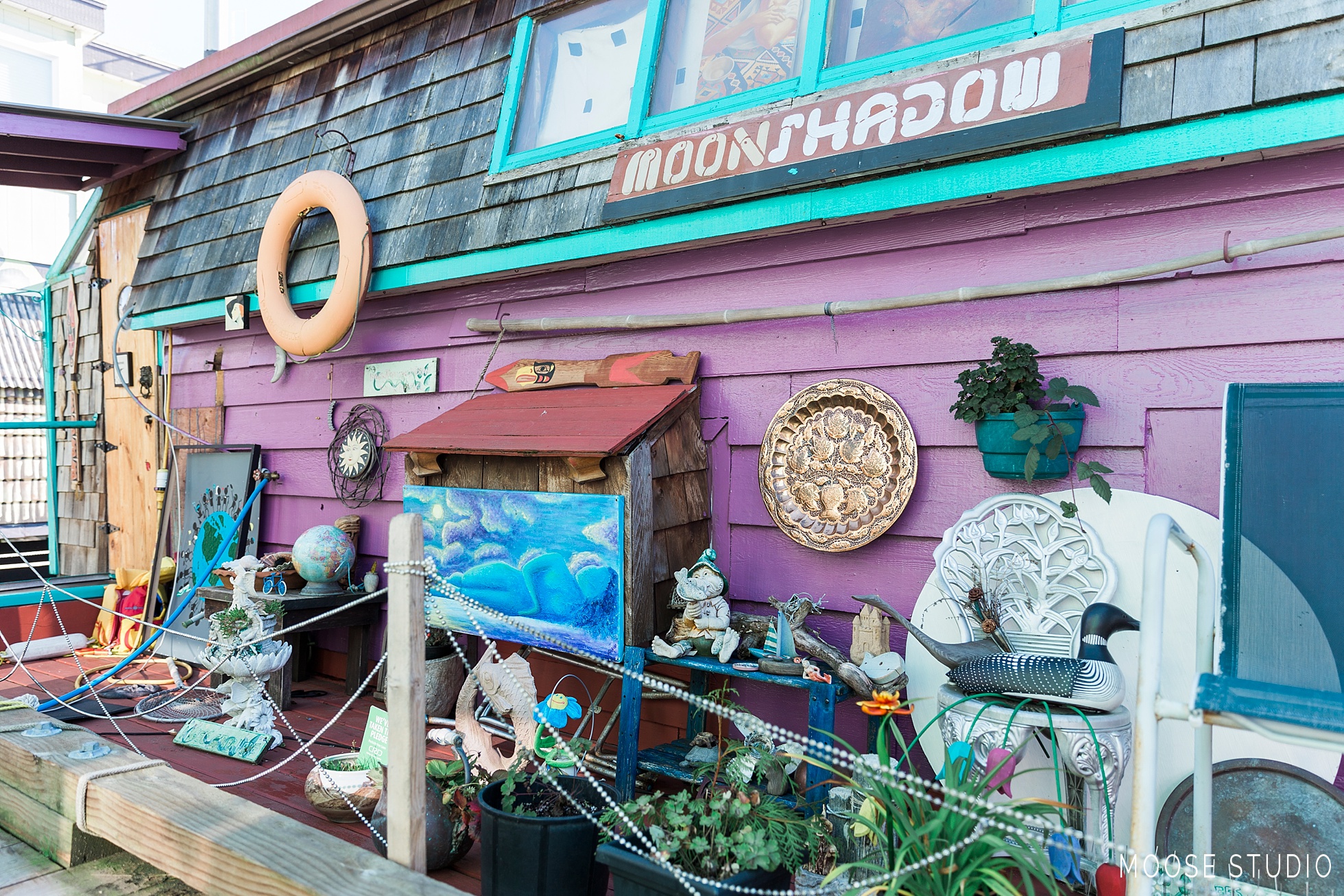 Massive trees, majestic waterfalls, and a meandering river that meets the sea are but a few things that draw people to Coldstream Provincial Park – just under 10 miles outside Downtown Victoria. The park is home to six hundred year old Douglas Fir trees mixed in with wester red cedars, big leaf maples and cottonwood. We hoped to be in time for the annual chum salmon spawning run, but it seems we were just a few weeks early. So instead, we hiked to Goldstream Falls located in the southwest corner of the park, which was amazing. It brought back good memories of our Oregon adventures last year. 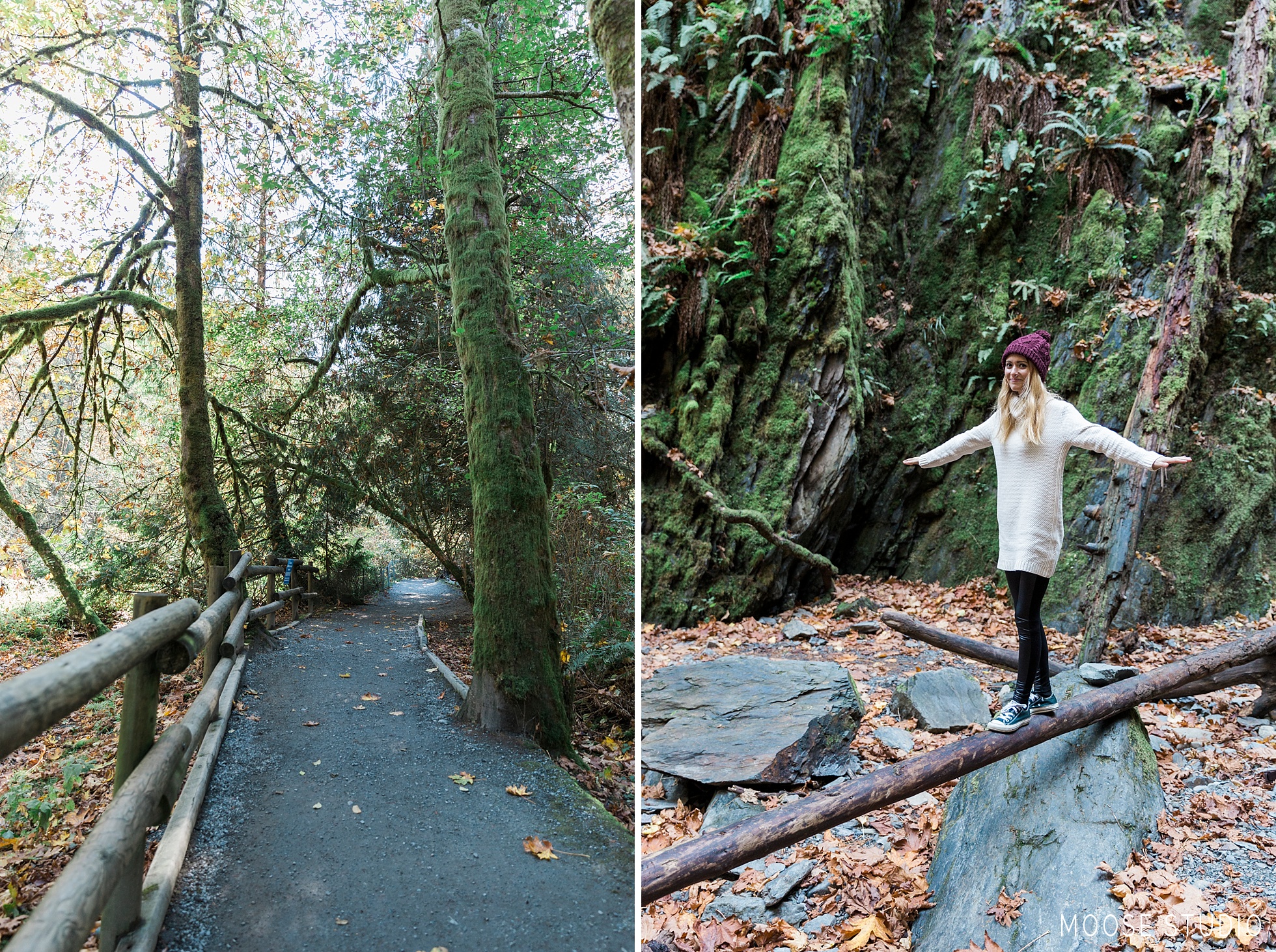 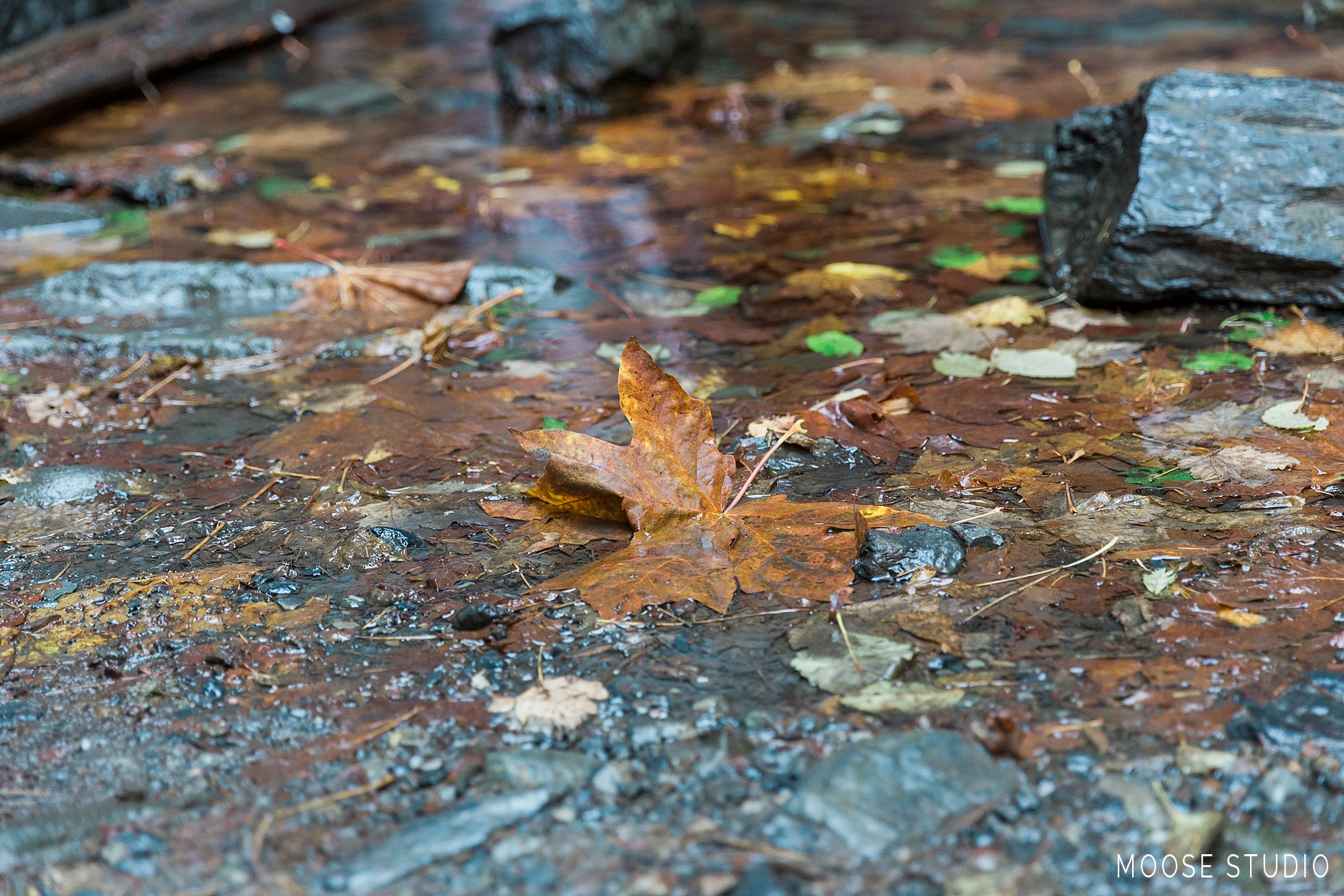 What better way to see the harbor than to actually be in the water? Although we didn’t have enough time on this trip to take a kayak out, we went and scoped out the best place to do it next time we come back…and we will be back! The weather was absolutely perfect out, the sun was shining, and the air was crisp – just enough to give me an excuse to wear my toque (hat), which I ended up getting made fun for wearing anyways since it was not cold at all by Canadian standards. 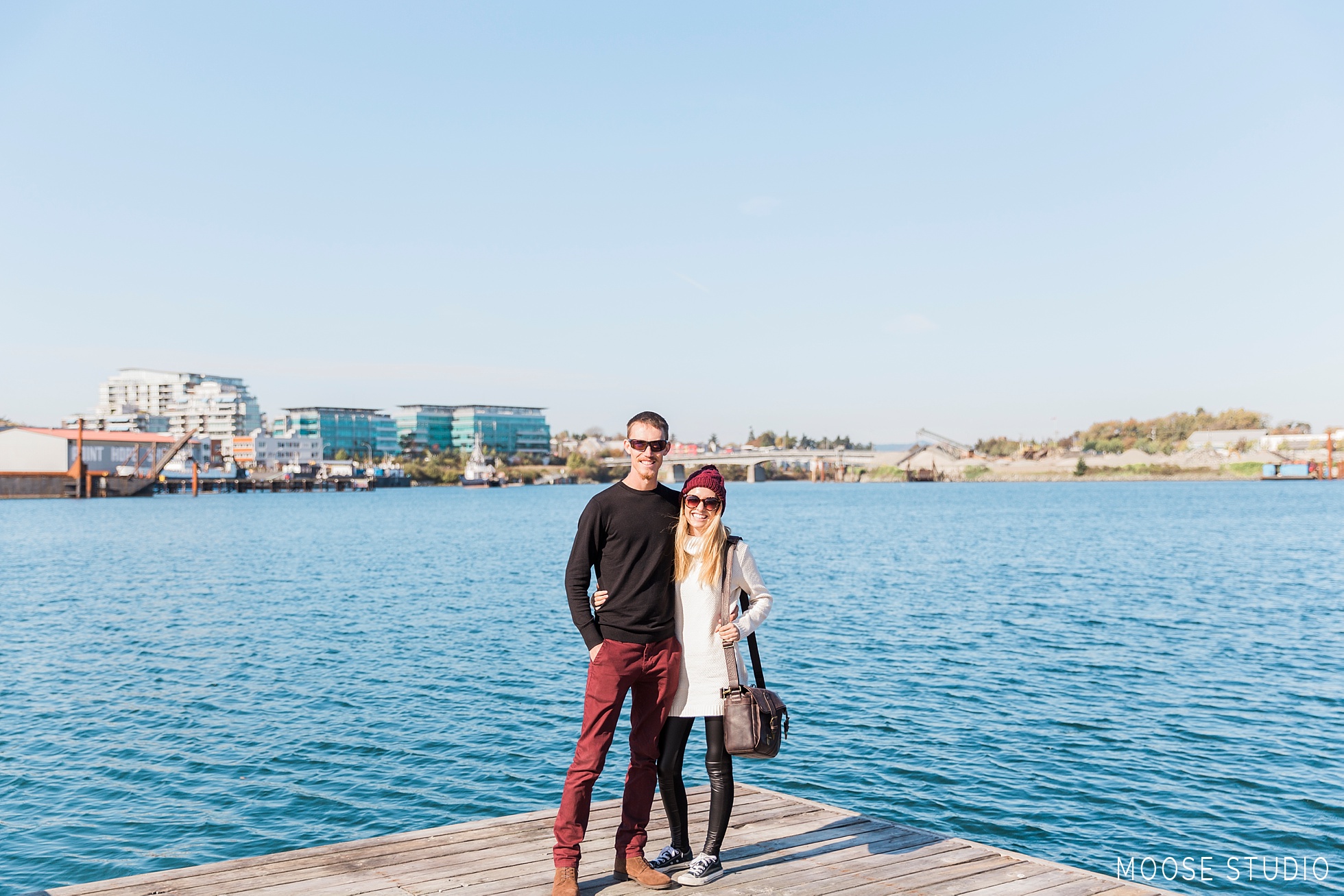 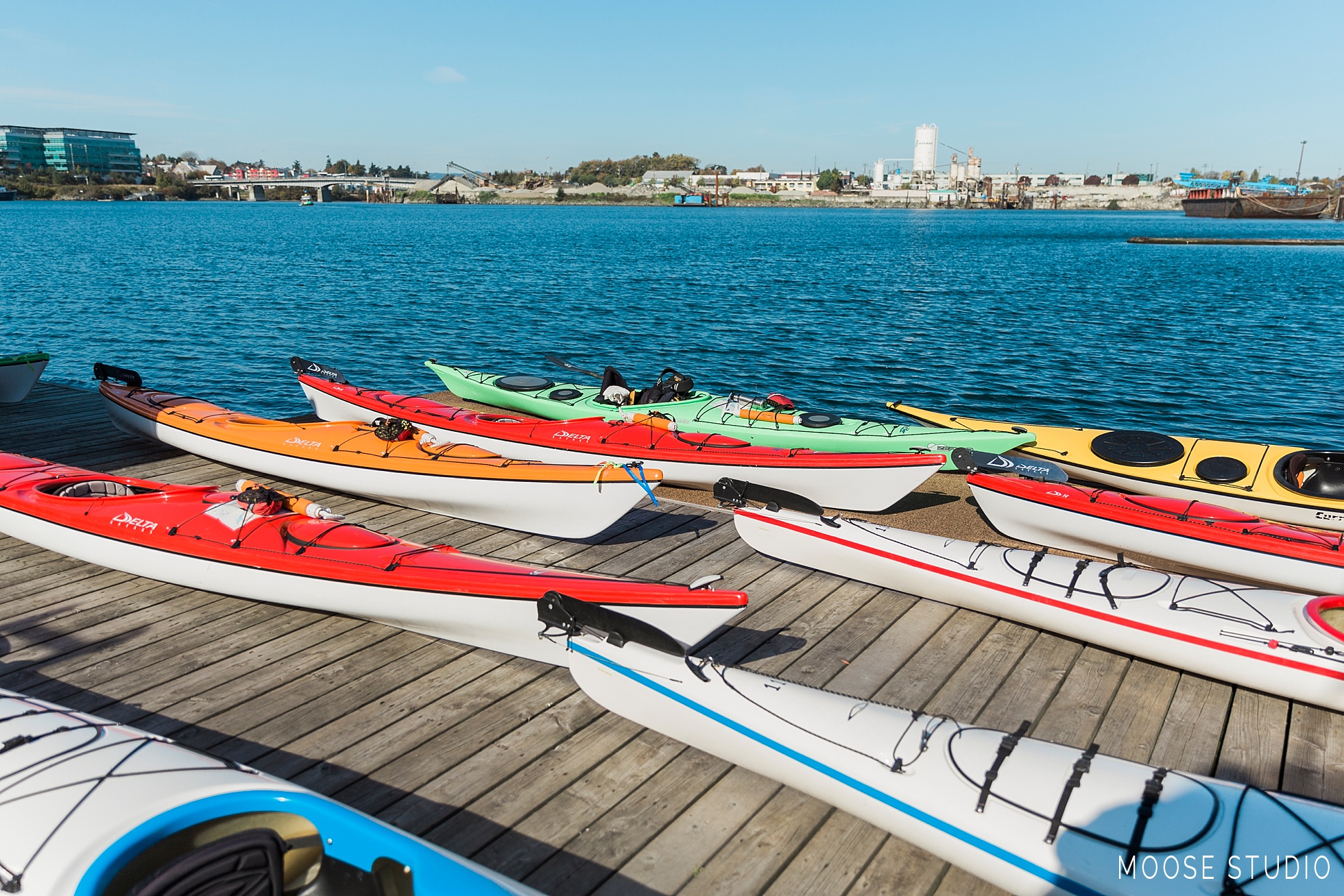 The Butchart Gardens, one of Victoria’s most popular attractions was a must on our to do list! The gardens were founded in 1904 when fifty five acres of abandoned lime quarry was transformed by Mr. Butchart’s wife into the now breath taking sunken garden. Overtime, they expanded the garden to include a Japanese Garden, an Italian Garden, constantly adding to it until it was given as a birthday gift to their grandson Ian Ross to further develop it into the now internationally famous destination. In 2004, it was designated a National Historic Site of Canada. The gardens take you through a journey of lush greenery, explosions of colorful flowers, a waterfall, a lake, their private dock, a park for kids, and a Japanese Garden. It was truly spectacular. 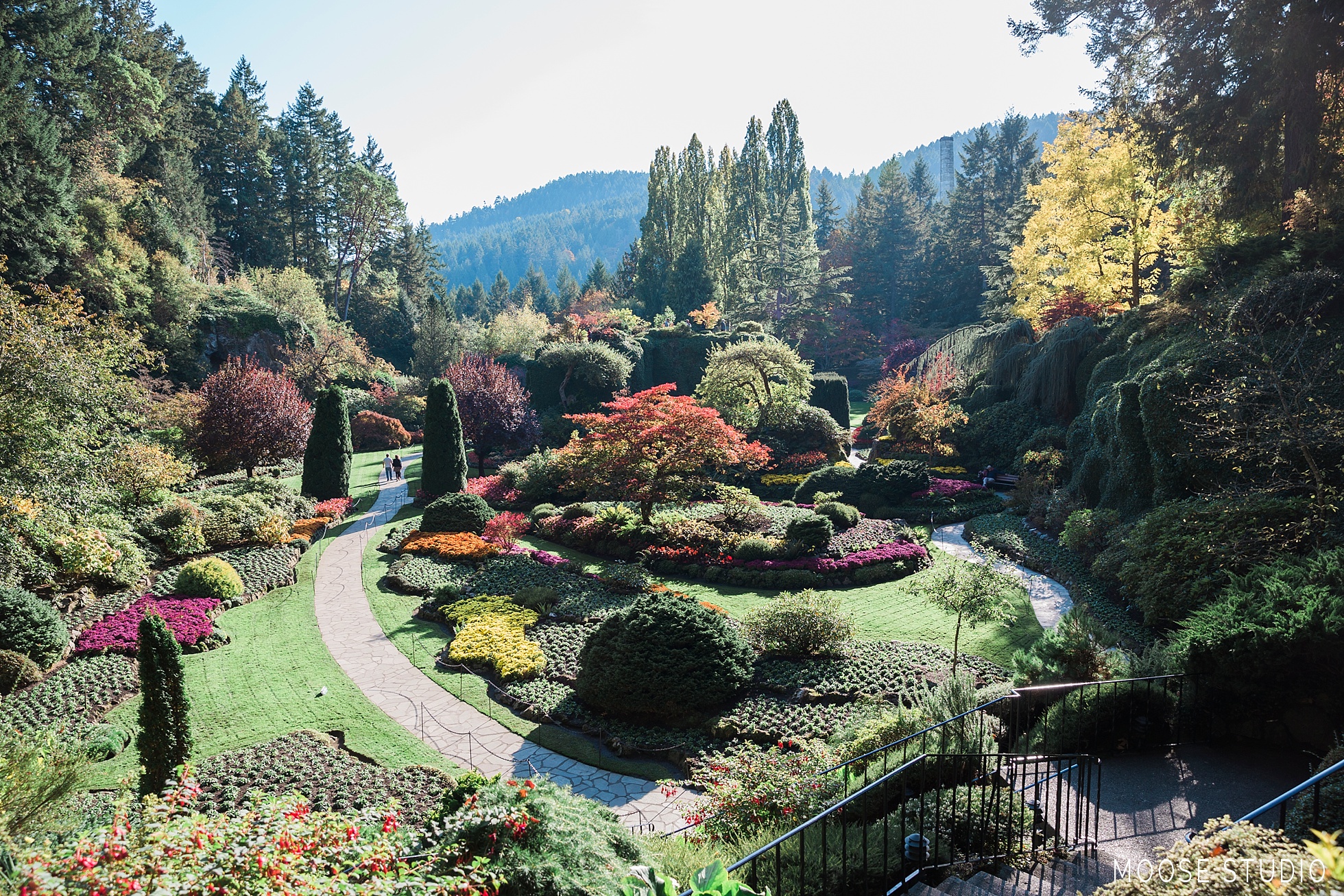 It’s pretty hard to miss this magnificent building, home to the legislative of British Columbia. The main style of the building is a combination of Baroque details and Romanesque revival rustication. As the night begins to fall, the building is lit up by thousands of white Christmas lights. You can sign up outside to have a tour of the interior. We didn’t get a chance to this time, but I can only imagine how beautiful it must be! You would never guess that such delicious food would emerge from this tiny up-cycled cargo container on the Victoria Harbor pier. They serve some of the best halibut and cod that we’ve ever had! Their unique twist on the typical fish’n’chip is hands down a place you don’t want to miss on your visit to Victoria, Bc. Take your lunch to the wood bar they have set up right against the harbor railing and enjoy watching the float planes land and take off. After working up quite an appetite, we ate a variety of gourmet appetizers on the 18th floor of Chateau Victoria. The menu was comprised of free range, organic and local products which made our mouths water. The view alone of Downtown Victoria at night was enough to make us want to go back.

The world famous Big Bad John’s is an authentic hillbilly bar where you can relax and let your hair down after a long day. Bring a sense a humor as you grab a beer and eat some peanuts. If you’re really adventures you can throw your bra up on the ceiling! (We didn’t get that comfortable. Wink. Wink.) It’s an experience you don’t want to miss! All in all, Victoria, Bc was AMAZING and we are counting down the days until we can go back. There is so much more to do and see there, we couldn’t possibly have fit it all into one day. We hope we’ve inspired you to add this to your travel bucket list. Now, back to Vancouver, Canada!

5 Unexpectedly Awesome Things To Do In Vancouver »