Week 2 has been all about the electrical components of our Airstream. Since we aren’t electricians, and don’t even want to attempt to tackle such a serious job on our own, we called in for help. My grandparents graciously dedicated a week with us to help repair all the wires, reroute them, and make them function properly again! We don’t know what we would have done without their help, we are so grateful.

As you can see below, our airstream is now completely stripped down the the bare aluminum and wood subfloor. Our Airstream originally had a fuse box panel and a control panel that were completely separate from one another on opposite ends of the trailer. After accidentally throwing away the old control panel, thinking it was useless in it’s analog state, we decided to buy a new box with all the controls in one unit. Helllooooo modern day technology! This new box will allow us to monitor our grey water tank, fresh water tank, and a whole bunch of other things. My grandpa built a wood frame around the box to bolt it to the floor for added stability. Then, all the wires were connected to the new box. While my Grandpa worked on the electrical components of our Airstream, Josh decided to tackle the floor by the front door. The subfloor looked as if someone had dropped something on it, creating a dip in the wood. Josh cut strips of metal bracketing by hand with a hack saw to screw to the frame rails. This added more stability and leveled out the floor. Now you can jump up and down on the floor all day long! All of this was happening at once, so you can see what a huge mess our Airstream was! Yikes! Meanwhile, in the back of the Airstream, my Grandma and I were cutting new strips of insulation for the walls. We measured each panel, then cut them to size with an electronic bread knife. Kind of genius right?! Then we sprayed the walls with adhesive before sticking the insulation to the wall. The cool thing about this new insulation is that it is made out of wood. Which means that it is not only not itchy like the pink fiberglass insulation we pulled out, but it is also fire proof! 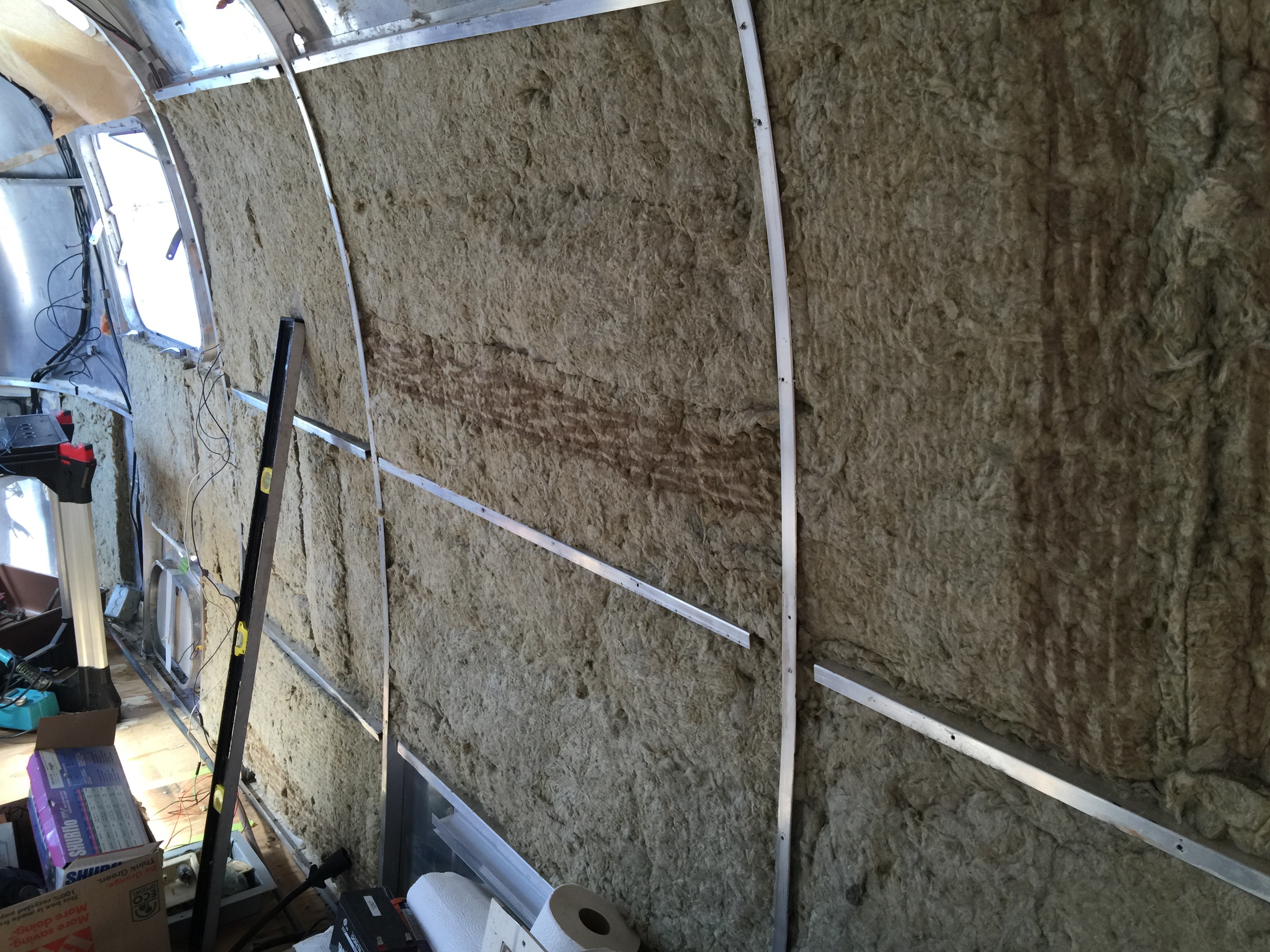 Lastly, we finished out the week by fixing our front driver’s side wing window. When we bought our Airstream, the window was completely shattered. The brand new 2015 Airstreams come with single pane windows, so since our window is a double pane, we decided to just finish breaking the outside glass, instead of replacing it for $215 for essentially a single pane window. Then, we scrapped out all the pieces of glass with a screwdriver and leather gloves, and pushed forward the inside window pane. Now all we have to do next week is reseal it! 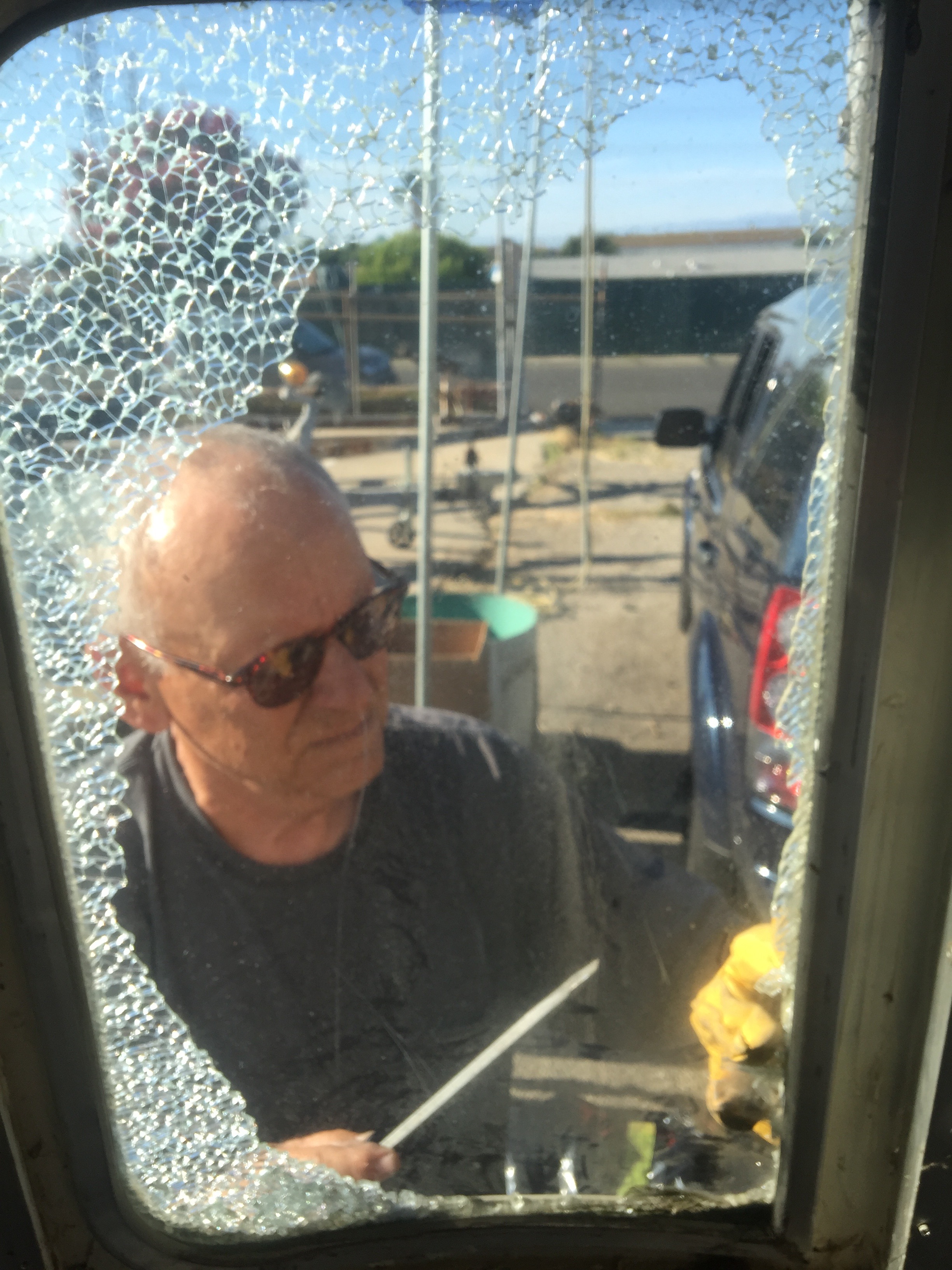 If you have any questions or advice, feel free to write it below in the comments. Be sure to check back next week for the latest improvements on our airstream!