Today brings the last day on our two week epic road trip from California to Oregon. It has been such an incredible journey driving through California and Oregon. Both Josh and I agree we would do it again in a heart beat. The beauty we have seen has been unreal. We hadn’t originally planned to see Yosemite National Park, but we had an extra day before we have to be home, so why not? Sometimes there is no next time, and it’s now or never.

In the wise words of John Muir, “No temple made with human hands can compare with Yosemite.” So far, this seems to be true. The photo below was taken with Josh’s iPhone while we were enjoying the beautiful scenery. Even still, this does not do this epic valley justice. The shear rock faces rise from the valley floor for hundreds of feet reaching deep into the blue of the sky. Driving through the valley floor, the trees seem to fly by while the cliffs behind seem to hold steady, as a permanent canvas on which the trees are painted.

The deer in the park are not afraid of people. They walk among the hikers as if to be on a hike though the valley too only stopping to nibble here and there on the foliage.

The park ranger informed us that Vernal Falls is the only waterfall with flowing water right now in Yosemite National Park because of the California drought. So that’s where we headed today! Josh becomes a little kid whenever there are rocks to scale. He sees them as a true jungle gym and can’t resist climbing them.

As we hiked over a mile with 100ft gain in elevation to the Vernal Falls, I repeated to myself, Believe that you can and you will. I quickly realized I need to get back in shape! 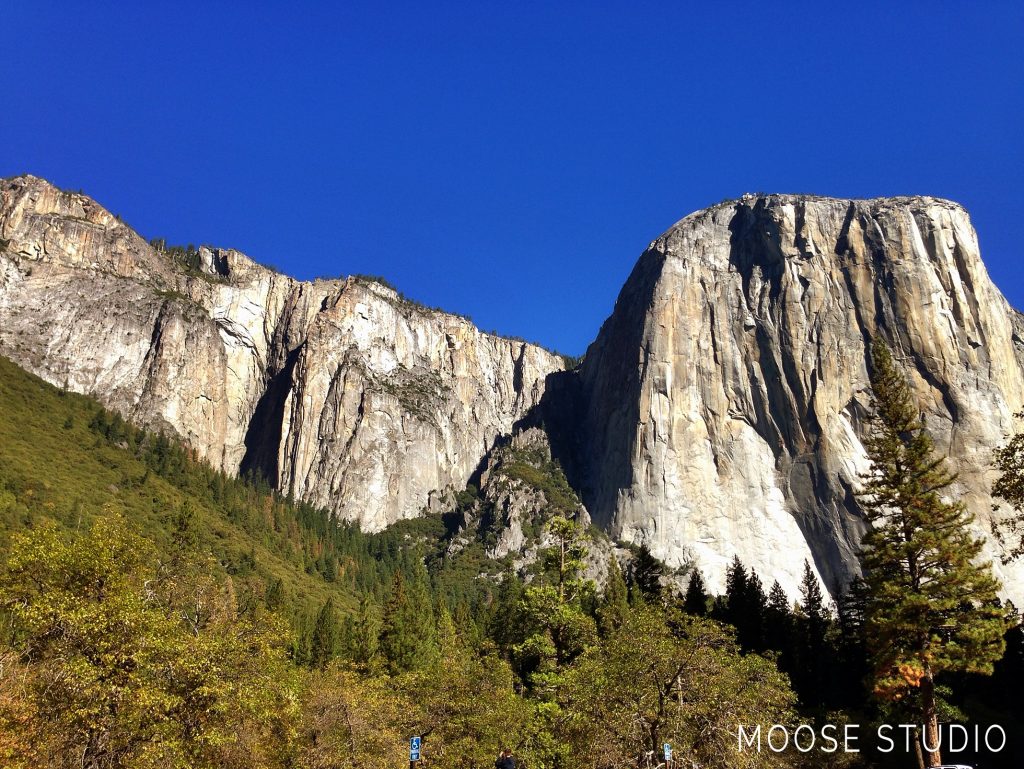 For the majority of the hike, we walked on asphalt, but towards the end near the falls, there were tall stairs cut into the rocks like we were approaching some sort of hidden monastery. It was worth the climb! 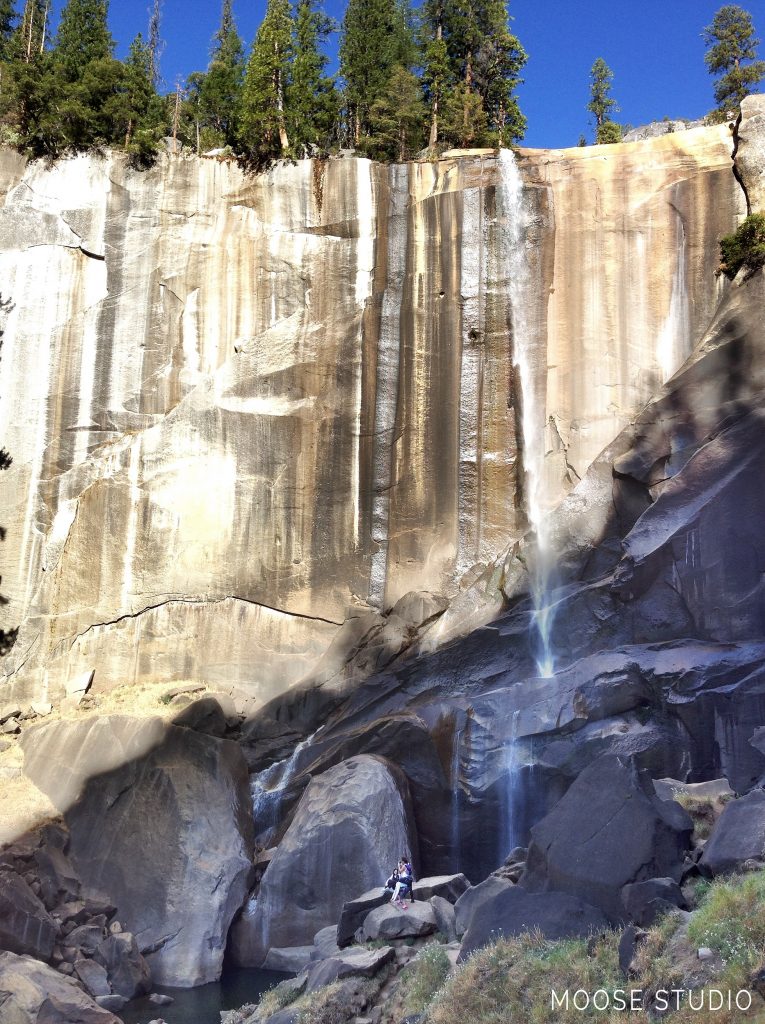 Vernal Falls were gorgeous! They were dwindled down to a sliver of silver water from the drought, but that didn’t seem to take away from the stunning scape that had been created here from eons of polishing.  The face of the rocks gleamed, reflecting light from the water. The rocks were cracked and split apart leaving two halves of rock the size of a small house. The falls fell quite a distance before coming to rest in a cool, calm pool at its base. It was collected there before it was siphoned away through the boulders and down the ravine. This little guy was not afraid of me at all. He came right up to me while I was resting on a rock and started eating a piece of food he found. After navigating the large rocks at the bottom of the ravine to make it to the bottom of the falls, Josh turned to take a picture of me showing how big everything really was. See if you can find me in this picture! Im wearing all black with white shoes, sitting atop a large triangular boulder, located at about the middle of the picture. After two weeks on the road, our feet are sore and our hearts are full. It’s time to go home and start planning our next adventure!

In case you missed the rest of our epic road trip from California to Oregon, you can see it here.

How To Stay Positive : 9 Smart Habits »