While driving East in British Columbia today, we came across a sign for The Enchanted Forest. Naturally curious, we had to see what it was all about! Little did we know, we were in for a real surprise. Upon arrival, it was as if we had transported into a real life fairytale. A grand stone castle stood majestically before us behind iron gates in the forest. It’s not everyday that you stumble upon something as interesting as this place, so we ran eagerly towards the entrance to find out the story behind it!

In the 1950’s, artist Doris Needham and her husband Ernest hand-sculpted cement folk art figurines. As their collection grew, they realized they needed a proper place to put them, so they bought a plot of land in the forest with over 8 acres. Together they cleared walking trails and constructed rock walls with nothing but simple hand tools. By 1960, Doris and her husband had created over 350 folk art figurines, a castle and the homes of many fairytale heres, villains and creatures. Perhaps one of the most magnificent pieces was the tree house that towered over 50 feet tall. Josh and I walked in awe as we took in everything around us.

There was life at every level. The dampness in the air gave the impression that it could rain at any moment, and the dew beaded up on most of the undergrowth let us know that this was common.  If you looked close enough to the fallen trees, you could find little mushroom shooting off from the decomposing bark, reaching out into the light. Little spiders could be found sitting at the surface of small puddles caught in leaves and trapped by depressions in the dirt. Their only trace were the little dimples they pressed into the surface of the water, being light enough not to break the surface tension. 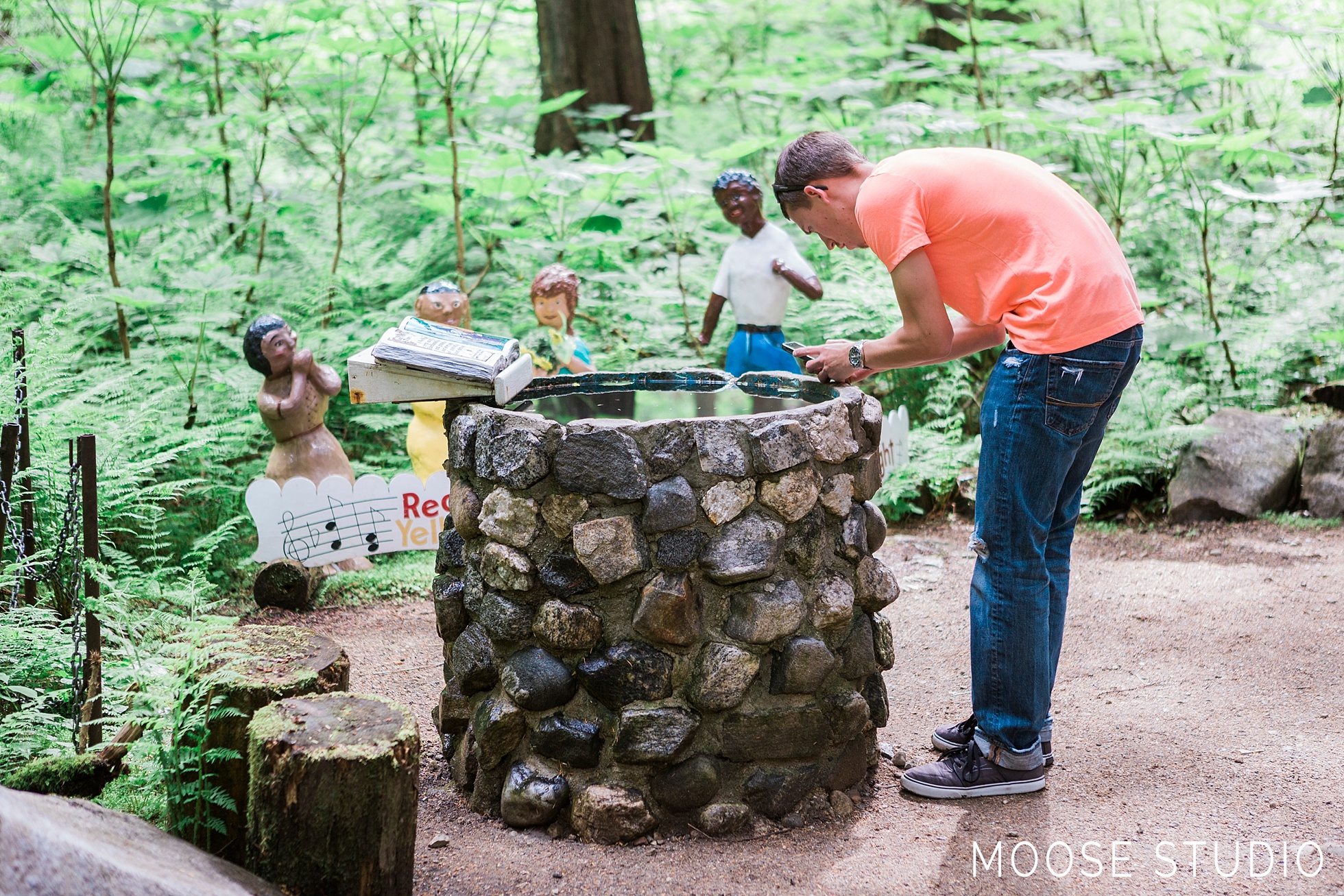 As we walked slowly down the meandering paths through the forest it became clear that we were all alone. No one else had ventured as far as we had, and the beauty of British Columbia was heart stopping.

With each breath we felt like we were more and more alive as the forest around us seemed to pour into our souls, filling us from within. We could have wandered for hours, days even, just enjoying the sights and sounds of the forest.

The soft noises of small animals scuttling across the ground disturbing the sticks and leaves, let us know that we actually weren’t alone. The trees swayed gently in the wind as the water flowed through them. We literally could have just sat down on the forest floor, with nothing but each other for company, and enjoyed the forest until the sun went down. It was truly magical.

Have you ever been to The Enchanted Forest? What did you think?