Our Weekend Escape To Phoenix, Arizona

Fair warning…there are a lot of cactus pictures in this post. We haven’t been to the desert in a while, so we may have gone a little crazy documenting it! We couldn’t believe all of the unexpected, hidden beauty we found in Phoenix, Arizona. Thanks to my Mom and her husband Marvin for giving us the grand tour. The drive out to Phoenix, Arizona went by surprisingly quick. It only took us about five hours or so. The open desert leading up to mountains in the distance, was a beautiful canvas for the sun as it set at our backs. The sky became rich with color and dark clouds as a storm rolled in. Our first day out in Phoenix, Arizona started off with an outing to the archery range with my Mom, her husband (Marvin), my brother and the newest addition to the family, my baby sister Piper. Nothing is quite as epic as a new mom, with a newborn strapped to her chest, clutching a half dozen arrows. Am I right?! The leopard print sunglasses were just icing on the cake. Piper was so adorable just sitting there in my moms baby carrier. Marvin, showed us how to hold the bow and aim in the right direction. Josh is stronger than I am and had less trouble pulling the string back and shooting the arrows. Although we didn’t hit much, we all had a blast shooting the arrows! After shooting around 30 of them – one was lost, and only two managed to find what we were shooting at. Don’t worry, plastic Bambi was ok! It seemed like we weren’t the only ones that had trouble because after looking around, we realized that most of the cacti out here had a couple arrows lodged in the top, or at least too high to be retrieved without a ladder. 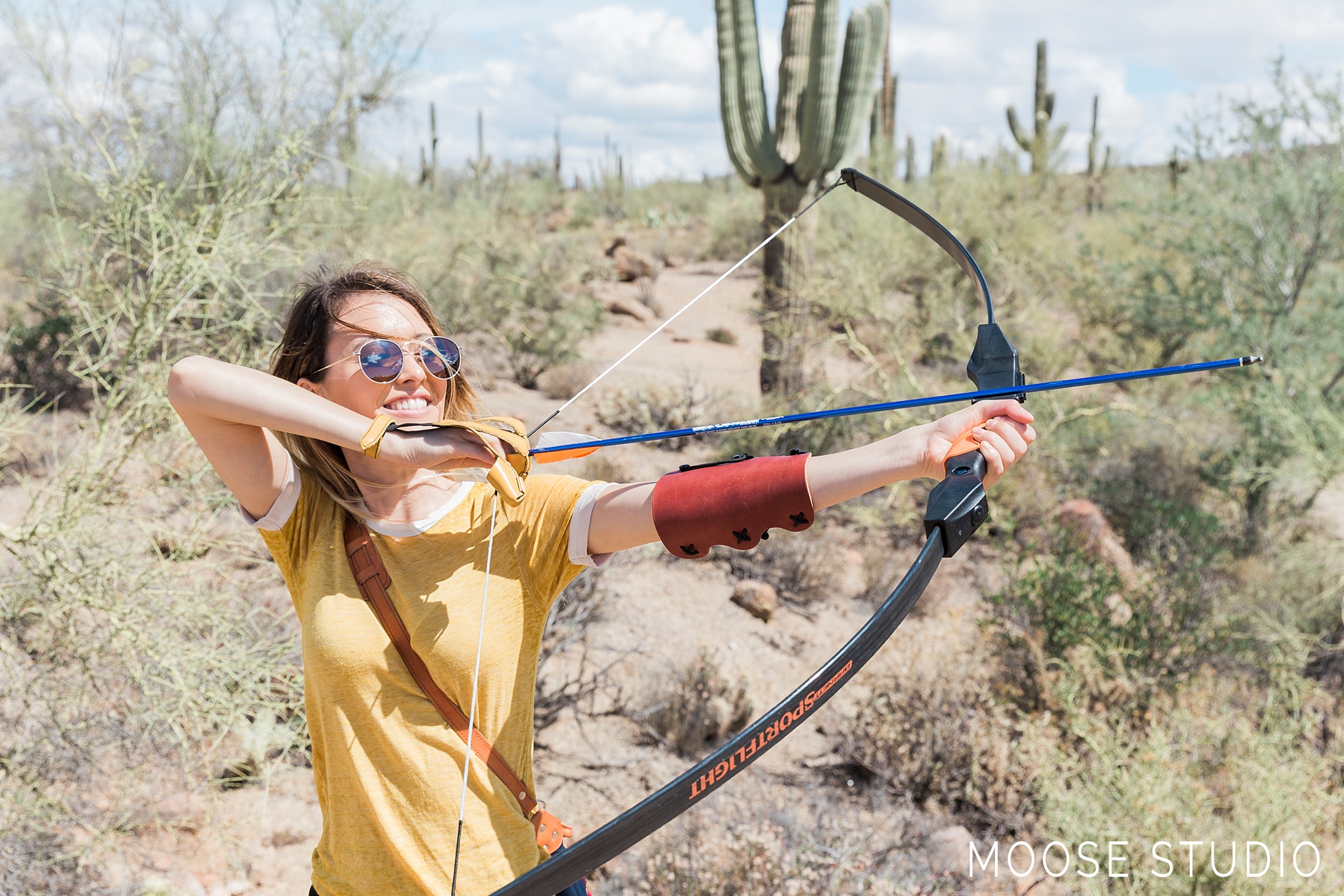 Before the entrance to the botanical gardens, we were given a preview of what we were to see when we would enter. These lime green spires were made from glass by a local artist and are lit up at night. We were actually very fortunate to come to the garden this time of year. Many of the cacti and rare desert plants were blooming and were were given a show that many people just don’t see. I think that the beauty, intricacy, and delicacy of the variety of cacti that thrive in such harsh conditions are far too under appreciated. The sheer size of some of the saguaro cacti actually came as a shock as we got closer. Some of them would reach far above the other desert life, spanning more than 20 feet from tip to dirt. 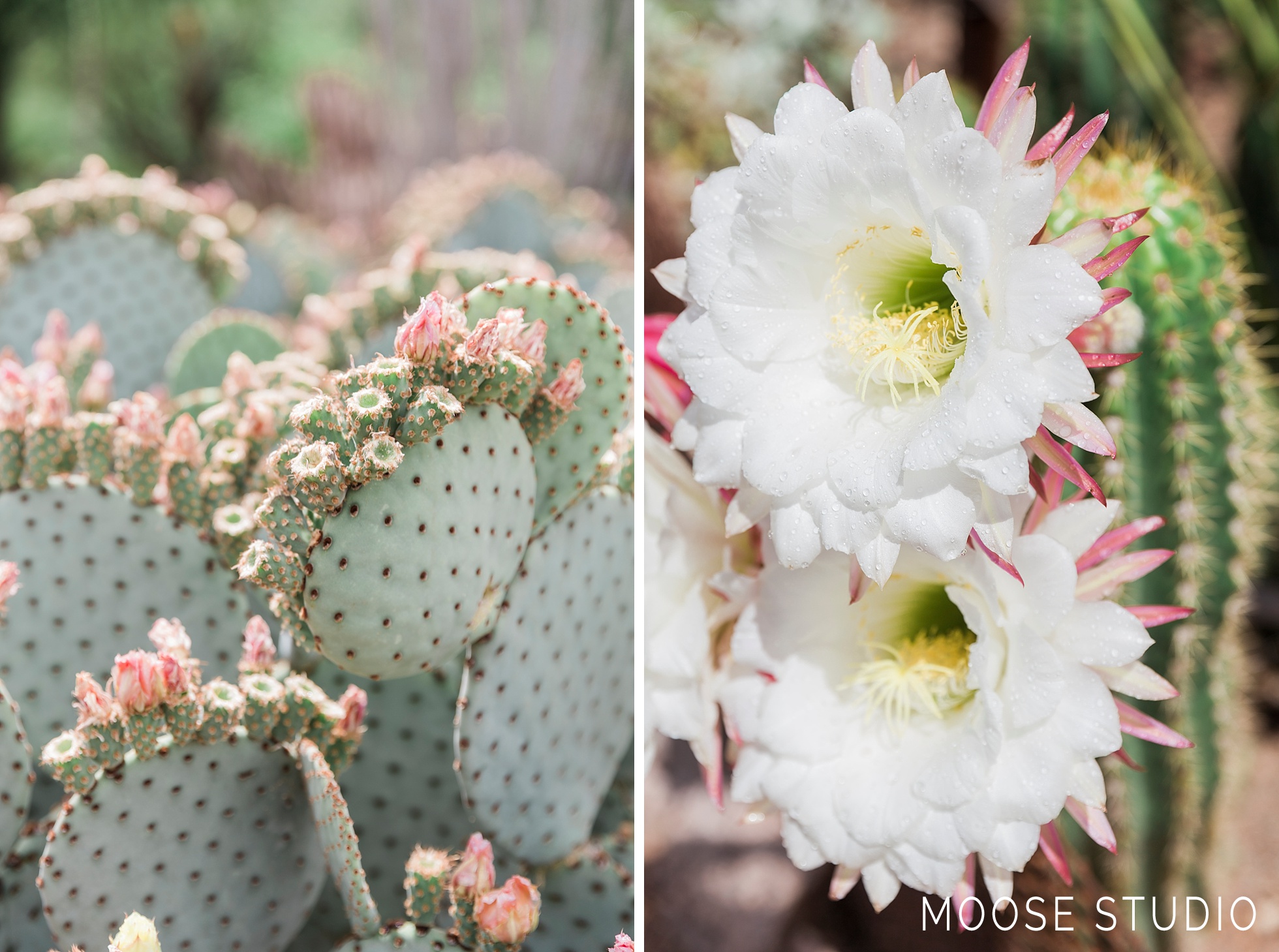 Josh and I were both amazed that such beautiful flowers could shoot out from the side of a cactus like this. They were so rich with color and beauty. These were the kind of flowers I imagine would be hanging from a vine in the lush forest, not the dry desert! Some of the cacti were honestly a little scary. This one below can creep along the desert floor for hundreds of feet, with spines nearly three inches long. I couldn’t help but think how badly it would hurt to fall in. 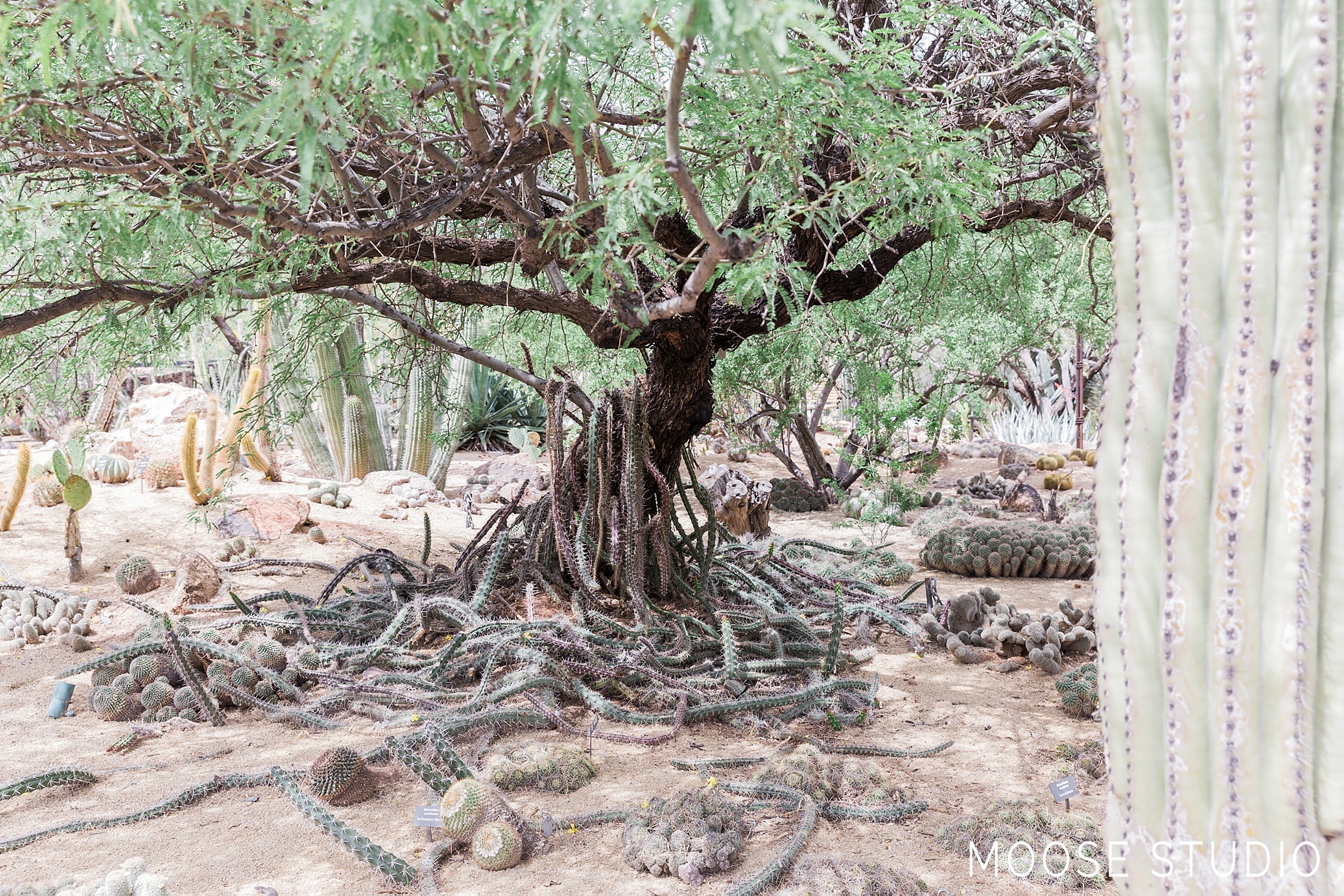 Despite the rain, and the cacti, my Mom and Marvin brought baby Piper out with us. She seemed perfectly content to peer out from her stroller at things that she didn’t even know names for. 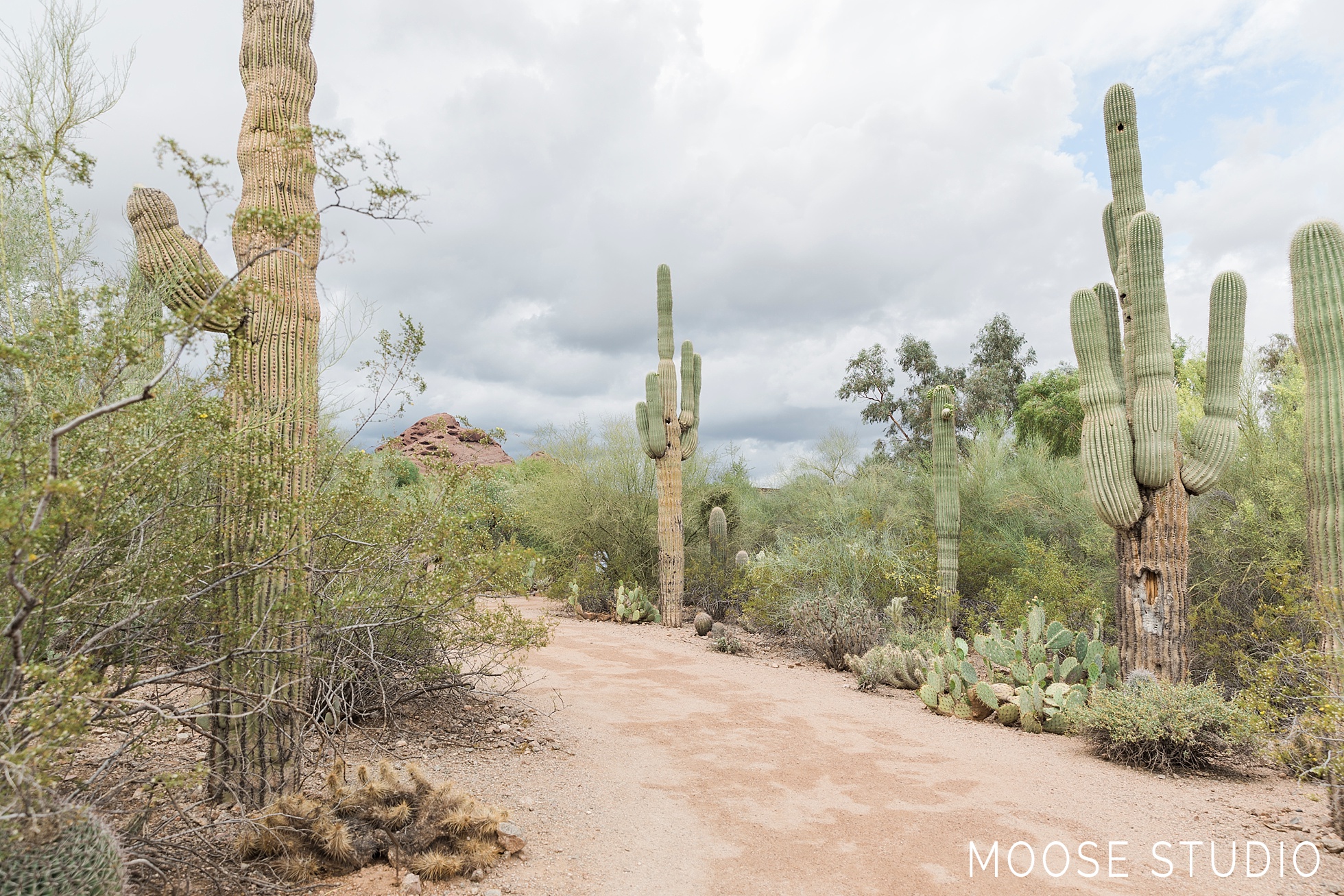 The gardens were an excellent end to our short trip out to Phoenix, Arizona and we would gladly go back. We now have a renewed and refined appreciation for the zen like beauty the desert has to offer. We’ll be back soon Arizona!

« 12 Essential Getting Ready Details For Your Wedding Day